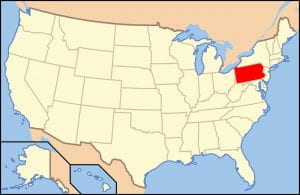 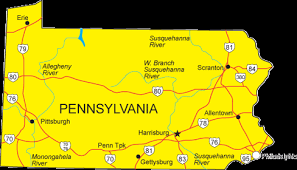 I love Pennsylvania! If you are in your car or walking you can smell chocolate by the town of  Hershey. It smells so good there you feel like you never want to leave. It is located in America’s North East with famous cities like Harrisburg, Scranton and Gettysburg, where President Lincoln gave his historic speech to end the war. On a road trip you can pass fields with soybeans and lightning bugs that will shimmer. 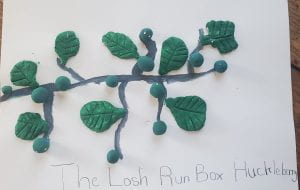 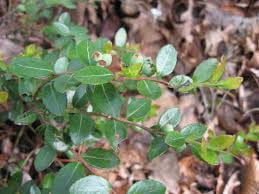 r in Pennsylvania is the Losh Run Box Huckleberry. It grows to  one foot off the ground and you can find a lot of these at route 322 Perry County in Pennsylvania. The plant species is 13,000 years old, it is one of the oldest living organisms in the world. 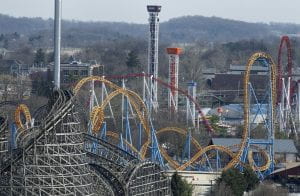 One of the man made wonders is Hershey Park! Hershey park has 70 rides you can go on and each one is so much fun! You can find Hershey park 15 miles east towards Harrisburg then 95 miles west of Philadelphia. 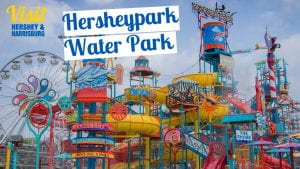 The park was opened in 1906 by Milton Hersey to give the workers in the town of Hershey something fun to do.

They opened their first roller coaster in 1923 and now have 11 you can ride and scream on!  The water park is HUGE and the Lazy River goes really lazy-slow, which is good to rest your belly from all the chocolate desserts!

“Proclaim LIBERTY Throughout all the Land unto all the Inhabitants Thereof” 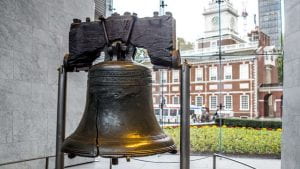 A historic site in Pennsylvania is the Liberty Bell, also called the State House Bell or the Old State House Bell. Today you can visit it in Philadelphia Pennsylvania, and take a tour to learn all about it. The bell was made in 1752 by John Pass and John Stow, and they delivered it to be hung in the Pennsylvania State House. In 1776 they could not ring it on July 4th, because of a big crack. Cast on the bell is a quote from the Bible, “Proclaim LIBERTY Throughout all the Land unto all the Inhabitants Thereof”, and it is still a symbol of our freedom today!

A State hero in Pennsylvania is Rachel Carson. She was born on May 27 1904 in Spring Dale Pennsylvania. In the 1950 her attention went to DDT. The book Silent Spring was published in 1962 it eventually made a reversal in national pesticide policy and a ban of DDT because she founded out it was killing animals. 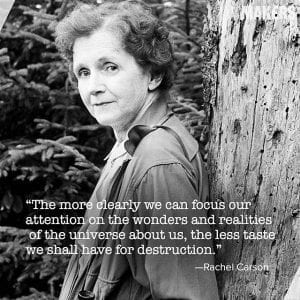 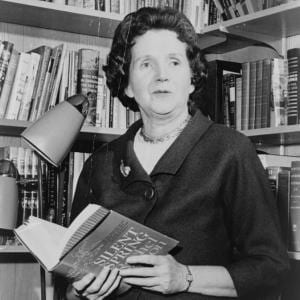 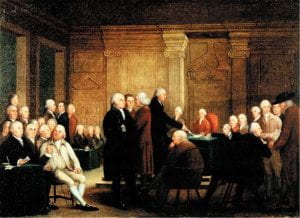 The state nickname of Pennsylvania is the Keystone State, the reason it is named The Keystone State is because it was the middle colony of the original 13, and really important when the first 13 colonies were building the country.  The Constitution and the Declaration of Independence were signed in Pennsylvania.

When I heard Mrs. Eves was retiring I was so sad because she is so much fun. I hoped that I could see her when I went up to the classroom in 4th grade but now I can’t because she will be gone. I had a little bit of time to be in person with her! If I had to choose I would choose Mrs. Eves because 1. She is really funny 2. I have not had the other 3rd grade teacher 3. She is so fun. I wish I could have her forever.👧🏽👩🏼‍🦳

” YES!,” said Ruby thank you i’m going up stairs ok,”….  Yah Ty sure!,” I said ” now time to eat my treat. I wonder what Stella and Ty and Joey are doing.  Maybe when I am done my treat I will go see. CHOMP this is the best! Done my treat and time to go see what they are doing! Hey Stella what are you doing …. Hey don’t run from me why are you going under there …..,” said Ruby

” Ok maybe Stella’s Grammy will know! Hey excuse me but do you mind telling me what you are doing!,” said Ruby

“I can not believe they did not leave a clue for us.,” said Grammy “Yeh said Joey

When I ran to the dOOr, I yelled “I AM AT THE DOOR”. Then I heard Ty and Stella start to laugh. I ran over to the hot tub when I heard Joey say “can we play one more round of hide and seek freeze tag with a clue?”

Grammy said “no,” and Ty and Stella went inside. I stayed with Grammy and Joey while they gardened. When I scratched to come in Stella came to let me in. When she let me in I grabbed my bone then laid on the couch.

It was Detective Oreo and starting as a normal day when “ding dong.”

“Ok, can you take me to your house,” said Oreo.

“Ow my gosh there are 2 houses,” said Oreo

“ok let me look around. hmmmmmmmmmmmmm so when did you see 2 of everything,” asked Oreo

“ok and where were you,” said Oreo

“right in the middle of the kitchen,” said October

“YES,” said October “so if this is your property that could not be the reason this is happening,” said Oreo

“well ever sense I got here there is nothing doubling up,” said October

that is when … slam … “huh Detective Oreo?” said Browne

“Detective Browne, what are you doing here?”

“Well everything is doubling up,” said Oreo

“same to May too,” said Browne

“oh well we can live next to each other,” said May and October.

I am so happy that we have no more school but I am also sad because then I can’t do all the fun stuff. I have so much fun with out all the home work but all so have fun with home work some times. It is nice to see Mrs. Eves to. If I had to choose to do home work here or at the school I would choose to do it at school. If I had to choose to ether do school or not I would not because then I had time to do stuff with my dad and be on the trampoline all day.

Hi so what have you been doing? Oh it’s ok you don’t have to answer. So you want to go play ball or run around? Is it a yes? Please say yes, please say yes! Two hours later please say yes please say yes JUST SAY YES OR NO! I am done with this nonsense. If you don’t say any thing I will end the post! FINE I’LL STOP THE POST huh. “N O,” said Jill. Thank you so much now I don’t have to stop the post HA HA HA! So what do you like to do on school days? I’ll go first, I play with all my toys and some times open new toys. What about you? Oh come on, no answer? I warned you about this. It will end in 5 4 3 2 1 0!

I think you know my dog Ruby, and for this post I am going to talk about her. Well let’s start. She is lazy and loves to snuggle! Sometimes I have to rub her because she gives me PUPPY EYES! They are so cute.  You can’t leave them. Sometimes you just have to fight the PUPPY EYES! She loves to eat and sleep, and for the 45th time I am going to say, “SHE IS THE CUTEST DOG ON EARTH!” If a mail guy is here, she barks and she does that to make sure that we don’t get hurt.

That is all I am going to say, but if you want to ask any questions leave a comment. BYE and Ruby says BYE too.

Hi I have ben getting to my meetings late and missing them! I do not like this. I miss my teacher and my classmates. Oh it just makes me so SAD! Me and My brother Tyler had the best teachers. Mrs. Eaves my teacher had class pets  and Mrs. Markey does not like to give people homework. I mean WHYYYY THIS YEAR! I wish I could just go back in time and restart the year. Please Mrs. Eaves please! Yah Mom I know I have more to do, but can I just finish this post please. Yes. Thank you so much! Ok now let’s move on… so what was I doing… oh yah I forgot that this is just a post… um so hmmm I don’t like the CORONA! And I wish this never happened and yah so that is this post and BYE

PS: My Mom would never say that I should move on from the thing I was doing. Here’s an example: If I was reading then I would not do it forever and not read under 30.

I am not a fan of of dogs

I love to eat mice, scratch things, and to play

My name is Peanut too!